FROM A FAMILY COMPANY TO A FAMILY OF COMPANIES

Giving you the best personal attention is one of the hallmarks of what we do. But this is not just an initiative, it’s ingrained in our DNA – through our family heritage that goes back to 1948.

Before and during the early part of the war Harry Squibb was clearing rubbish and other waste materials from East London and the docks, using horse and cart. He was called up to serve in the army until the war ended and he ended his service in 1946.

Untold destruction was done to the East End of London and when he returned to restart his business, he found himself clearing the rubble. This led to Harry becoming involved in the demolition of many unstable structures. In 1948, with the programme of clearance to East End tenement blocks, he founded H. Squibb and Son with the company based in Stepney.

The company survived, grew into Squibb and Davies when Harry took on a partner, and moved to the Bow Baptist churchyard. In 1969 Harry’s son, Leslie, joined his father, worked through the ranks, and was the Chairman until his sad passing in 2020.

Founded by Harry Squibb in Stepney, East London, the company has come a long way since the removal of rubbish by horse and cart. The modern day Squibb Group continues to expand its operations and as a consequence has outgrown current offices and yard facilities in Barking, which were established in 1999. New state of the art offices and yard facilities have been constructed at the Group’s eleven acre recycling site in Stanford-le-Hope and were occupied in 2018, this new HQ forms the hub of Squibb Groups national operations. The site accommodates the Group’s wholly owned fleet of heavy plant and transport, recycling facilities and offices for the ever growing number of employees, confirming the Group’s status as one of the leading Demolition Contractors in the UK. 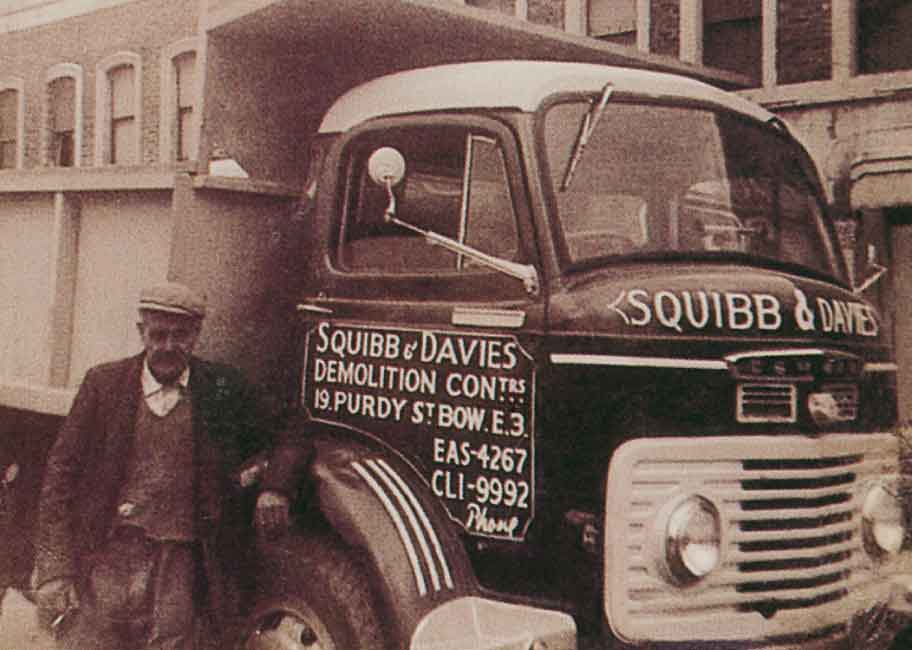 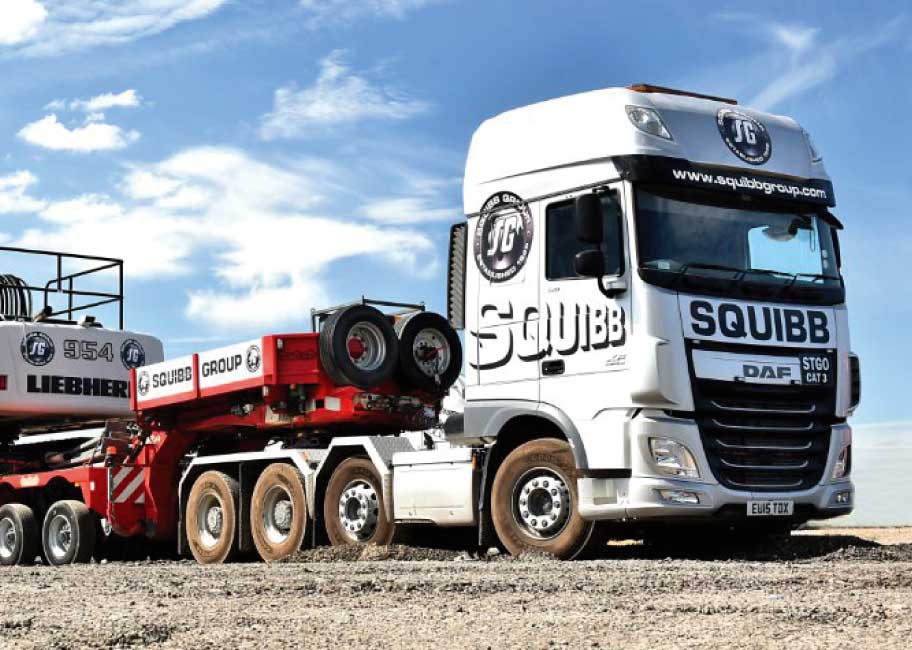 With legislators and authorities keen to avoid building upon greenfield sites, the construction industry has turned its attention to the use of brownfield sites that were contaminated during their previous existence. This has required demolition and dismantling companies like Squibb Environmental to pioneer and develop a broad range of skills in the removal, processing and disposal of contaminated materials.

Squibb International was established in 2005 to provide specialist demolition dismantling, decommissioning, abatement and engineering services to satisfy the ever increasing demands of the global infrastructure and property markets.

Decommissioning a nuclear installation is not for the fainthearted. Operating in such a challenging and regulated industry requires a skilled nuclear project management team and organisational abilities to provide bespoke engineering methods to solve the most complex of decommissioning projects.

RAPID GROWTH TO BECOME ONE OF THE UK'S LEADING DEMOLITION CONTRACTORS

With continuing growth, the company was incorporated in 1972, becoming known as Squibb & Davies (Demolition) Ltd.

1984 – We become the first demolition company to be awarded a licence to work with asbestos.

1987 – Leslie J. H. Squibb, son to Leslie and grandson to Harry, joined the company. He is now the Managing Director.

1995 – In line with family tradition, Westley Squibb joins straight from school. His role, as with each of the other family members, is to gain experience out on site in all aspects of demolition. He joined the board in 2001, and is our Operations Director.

1998 – The company is big enough to appoint John Symons as finance director.

1999 – With continued expansion, the company move to the larger premises in Barking, leaving behind the Bow home of over 30 years.

2000 – The company was awarded an ‘Investor in People’ accreditation.

2008 – The company changed its name to Squibb Group Limited.

2015 – Planning permission agreed for new offices to be built at our Stanford-le-Hope site in Essex.

2016 – Work begins on the new offices which are scheduled for completion early 2018.

2018 – Squibb House is opened, and we are awarded a National Bronze Award by the Considerate Constructors Scheme.

2020 – The next generation joins with Leslie (Lel) Squibb currently gaining experience out on site in all aspects of demolition.

2020 – The sad and untimely passing of our Chairman Leslie Squibb Snr. 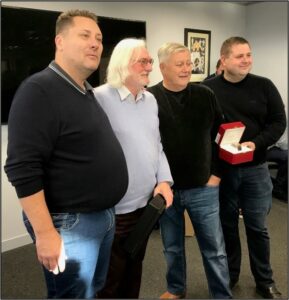 2021 – Despite the pressures of COVID19 Squibb Group are ranked within the Top 40 of Worldwide Demolition Contractors.

2022 – Squibb Group lead the way in being a truly National Demolition Company.

From a small start in the post war years the company has grown to its present position as one of the UK’s leading demolition contractors. Alice and Lauley, sisters to Lesley and Westley Squibb, are also on the senior management team, and Squibb Group can truly call themselves a ‘Family Company’.

Squibb Group are committed to ensuring there is no modern slavery or human trafficking in our supply chains or in any part of our business. Our Anti-Slavery and Human Trafficking Policy and Procedure reflects our commitment to acting ethically and with integrity in all our business relationships and to implement and enforce effective systems and controls.